Português
Facebook Twitter Youtube
News
XXIV International Congress of Supreme Audit Institutions (Incosai), from 07 to 11 November 2022 in Rio de Janeiro – Brazil.
Solemn opening ceremony of the 58th meeting of the AFROSAI Steering Committee. Djibouti, October 12, 2022 under the patronage of the Djiboutian Minister of Justice
Previous
Next

The voice of African SAIs 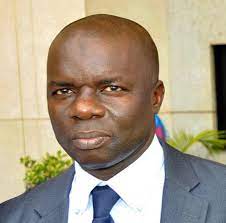 1st President of the Senegalese Court of Accounts 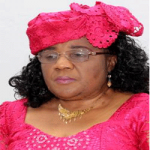 2005
Drafting of the first statutes

In 2005 after having traveled a long road marked out by the drafting of the first Status and the establishment of certain management bodies of the Organisation, the General Secretariat of AFROSAI was transferred to Libya.

This year 2005 also marks the recognition of the linguistic and institutional diversity of the SAIs of AFROSAI, on the one hand, and the consecration of the Linguistic Sub-Groups in order to capitalize on the existing diversities, on the other hand.

Refusing to stay on the sidelines of developments and changes taking place at the global level, AFROSAI successfully undertook in 2008 the development of its very first Strategic Plan. This one, which will last three years, was articulated around four strategic priorities which made it possible to lay the foundations for the support that AFROSAI provides to its member SAIs and to forge channels for the exchange of ideas, knowledge and experiences within it and within the international accountability community.

2012
Transfer of the organisation's headquarters to Yaoundé in Cameroon

This year marks the transfer of the Organization's headquarters to Yaoundé.

Signature of the first cooperation agreement (MoU) between AFROSAI and the sister regional organization that is OLACEFS.

2014
Membership of sub-regional and continental institutions

Since 2013, AFROSAI has been enriched with members with a sub-regional and continental vocation. It is:

The UEMOA Court of Accounts;

2022
Adoption of the new Statutes